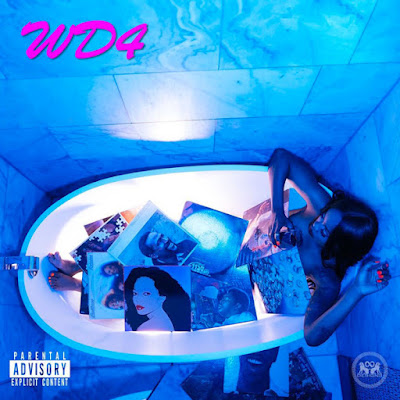 Well Tink has definitely been working and the proof is in the pudding. The Midwest rapper/singer delivered not only a mixtape today, but she also dropped a music video for "Modern Wave". Let's get into this new music and see what Tink has to say.


The mixtape that was dropped is titled Winter's Diary 4, which is a follow up to her Winter's Diary 3, that she dropped last year. This is actually the 4th installment to the Winter's Diary series, and it seems that Tink  comes harder with every volume. This mixtape did not have many features, matter of fact, there was only one feature and that was from rapper Lil Durk. Tink used this mixtape as a therapy session and says that this is her most honest work ever.

Take a listen to to the mixtape below


Tink also dropped a music video for "Modern Wave", which is featured on the new mixtape. You can find Tink with her girls celebrating... life and success (based on the bands in her hands throughout the video) and just having a good time in this video. You will also hear Timbaland on the track giving some ad libs throughout the song. While we are talking about Timbaland, he and Tink are still working on her debut studio album Think Tink, however, there is no official release date for the album.

In the meantime, check out the video after you listen to the new mixtape!