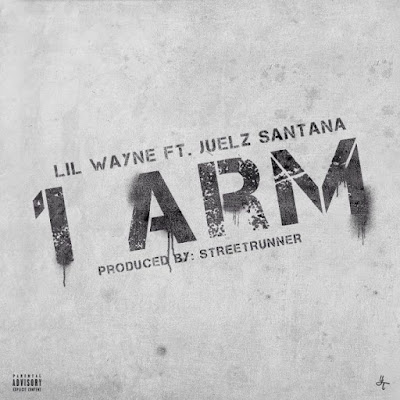 It's always good to give fans some throwback music that was supposed to come out but ended up being shelved for whatever reason. That is exactly what producer Streetrunner does, giving fans a taste of old tracks my mastering and mixing them to bring the song to life. Today "1 Arm" was put out via Soundcloud and features rappers Lil Wayne and Juelz Santana.


Streetrunner has been dropping a few gems from Weezy's past as well such as "That's Not Love" and "RappaPomPom", in which he mastered those amongst others. I don't know if y'all remember but back in 2006 (time sure does fly), Wayne and Juelz  put out a collaboration album titled I Can't Feel My Face. The producer spoke about releasing the song saying that it was supposed to be released with the mixtape, however, due to it's quality, it was never put out.

Take a listen to the never released track below.
﻿