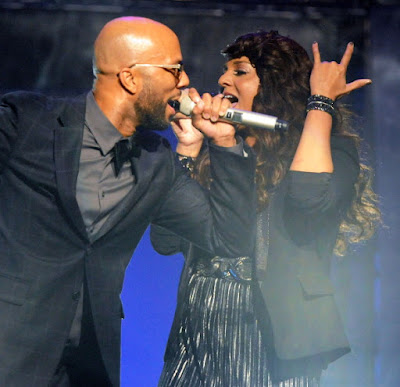 Listen, Common said "being in love is never outta style" and I could not agree more. In a world full of "savages" and people with "strong fall back games", it's like nobody wants to be in love anymore. Matter of fact, I don't think people really understand the true meaning of being in love these days but that is a whole different story that I will not get into right now. Common teamed up with Marsha Ambrosius and PJ his newest single "Lovestar" and this is definitely one of those feel good tracks.


We already know that Common is going to bring it with his lyrical goodness and Marsha's sweet voice finishes off hook, along with upcoming singer PJ. He raps, "I ain't the type to be all up on ya social. I'm in ya face vocal, the way a man supposed to. A choosy lover I chose you, God's most beautiful creation, let me mold you" You better say that ish Common!! Let them know about real men out here cause... it's looking kind of scarce out here!

I love that Common stays true to who he is and what he believes in. I also like that he raps about love and relationships often, especially since that it really not really the normal things to rap about. Yes, it's easy to rap about having 3+ chicks on ya team, but try rapping about that one Queen that has helped you elevate into King status.

The song was first debuted at the Essence Festival back in July and now it has officially been released. This is definitely a track for the ladies, you will enjoy! Take a listen to "Lovestar" below.