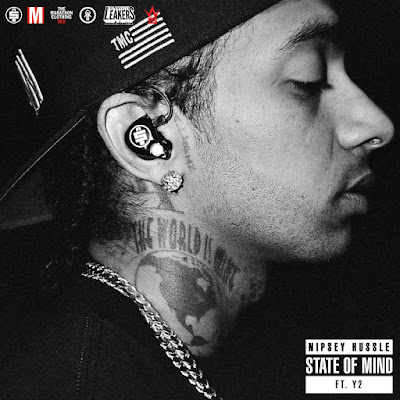 I know that we don't talk about him enough over here on Raw Hollywood but we are getting better. I mean Nipsey Hussle is pretty dope... and consistent with his music so lets talk new music from the West Coast rapper. Nipsey released his new song "State of Mind" that features Y2 and the track is one that vibes for sure.

Ok y'all quick confession..... I been sleeping on Nipsey Hussle! Don't judge me cause all that matters is now I'm wake! I just went into Nipsey overload and I feel like I can add him to my faves list. So lets get into this new track "State of Mind", which was produced by Mike n Keys. The rapper is set to drop an album titled Victory Lap, however, the fans have been anticipating the album for a while now, with no exact date set. I guess the fans will just have to keep waiting for that album, but until then, continue to get into all of the new music that he continuously drops.