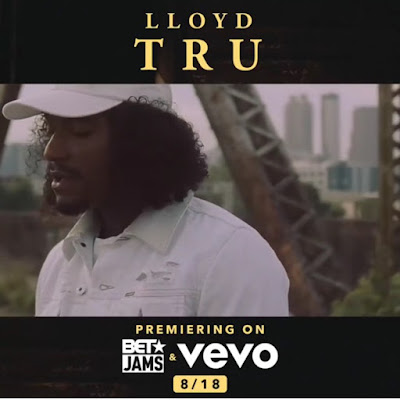 It's been a while since he have heard from or seen a video from Lloyd but he is back in the game. Today he debuted his video for "Tru" via Vevo and BET Jams and he seemed to be super appreciative to the people over at BET for airing the video.


For those of you who are not familiar with Lloyd for whatever reason, you should do a little research on the R&B crooner. From that sweet voice, to the beautiful hair and everything in between, he has been pulling the ladies heart strings since the Street Love days and even before. Lloyd was signed with Murder Inc, as well as Cash Money, however it is not clear if he is still apart of either label.

The Atlanta native talked with BET about "Tru" and told them that this is his most honest and most personal record yet. He went on to say that "Tru" is about being a fighter. Its about speaking truthfully and honestly on your life and not shying away from your imperfections." Lloyd also talked about the video and about how he didn't want it to be flashy and over the top. He says, "with the song and the content of the music, I wanted the content of the visual to match the authenticity. I didn't want a bunch of LED lights. I didn't want a bunch of special effects. I didn't even want it to be digital. I wanted to shoot it on real film."

Take a look at the video, which was shot with 8mm film below!

Email ThisBlogThis!Share to TwitterShare to FacebookShare to Pinterest
Labels: Lloyd