JEREMIH TEAMS UP WITH CHANCE THE RAPPER, YOUNG THUG, & THE WEEKEND FOR "PASS DAT" REMIX 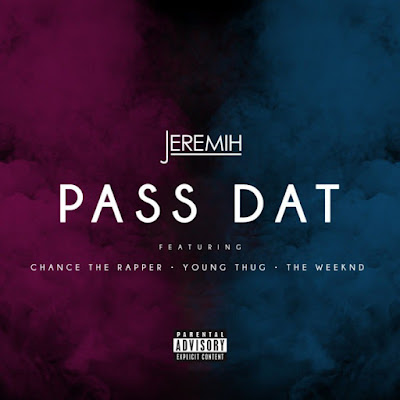 Tis the season for hella dope remixes.... and I am here for them all. There have been so many hot collabos that have dropped, I honestly can't keep up. Here's to another live remix, this time its presented by Jeremih. The R&B crooner joined forces with Young Thug, The Weekend, and Chance the Rapper for the remix to his song "Pass Dat".


Now "Pass Dat" was originally featured on Jeremih's Late Nights album. The Weekend ended up previewing his verse for this song back in December, however, fans didn't know what or who would all be featured on this remix. This song has a good beat, you could catch a good vibe with this track. Jeremih has been pretty consistent with his music dropping during these past couple of months. So far he has been featured on the projects of Kid Ink, Nick Cannon, Party Next Door and The Game. The singer also dropped a mixtape back in July titled Late Nights- Europe.

Catch the rap artist exchange verses on the "Pass Dat" remix, while The Weekend and Jeremih lend their sweet vocals to the remix.