KIRK FRANKLIN TEAMS UP WITH PHARRELL FOR "123 VICTORY (REMIX)" 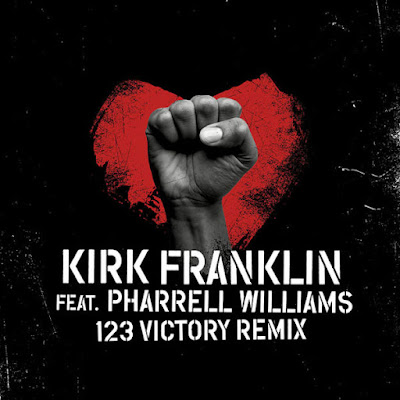 Kirk Franklin seems to know how to stay true to himself and the message that he is trying to deliver, while still reaching the masses. Franklin has enlisted in Pharrell Williams to help him out the remix for "123 Victory", which has more of an upbeat type of vibe than the original.
"123 Victory" was originally featured on Franklin's album titled Losing My Religion, that was released last year. This remix is pretty awesome and he actually picked the right person for it. Pharrell is already such a positive force, he fits on this remix just perfect.

This is not the first time that the Gospel Artist has teamed up with non gospel artist for a song. Kirk Franklin also joined The Dream, Chance the Rapper, and Kelly Price for Kanye West's "Ultralight Beam".  And while some criticized him for the song, like I said in the beginning, Franklin knows how to stay true to himself and true to the message.

Check out the remix below!