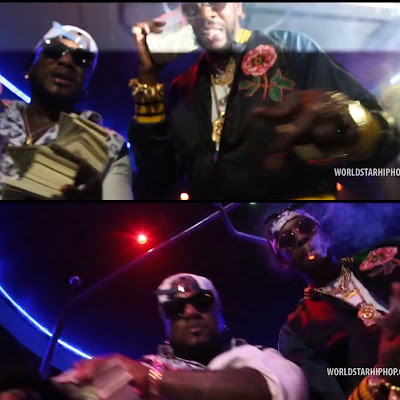 Now you already know that since the song is titled "Magic City Monday", its only right that the video be shot in Magic City! For those of you that aren't too keen on strip clubs, Magic City is one of the most popular and popping strip clubs in Atlanta. Jeezy and 2 Chainz teamed up for this video.... to make a movie!


This video is everything that you expected plus more. I mean I wanted to shut down everything that I had going on and head to Magic City when I saw this video. Trey Songz makes a cameo in the video, as well as Future, who's vocals are also featured on the track. It would have been much more epic if Future was actually in the video, but it still bangs regardless. You can catch Tity Boi and Jeezy going crazy with stacks of cash, you couldn't even consider this making it rain though.
I won't talk your ear off about this video, I will just let you witness it for yourself. Check out the video for "Magic City Monday" below!
﻿