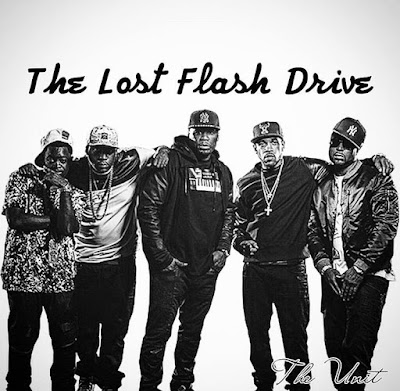 Ggggggggg G-Unit!!! Sorry y'all but I had to get that out of my system and now that I have, lets talk new music from the crew. They were supposed to drop an album yesterday, however, those plans did not fall through. Don't get discouraged though because they did drop a new song to hold you over titled "Set the Pick".


The crew, which consists of 50 Cent, Tony Yayo, Lloyd Banks, Young Buck, and Kidd Kidd dropped this new track but it does not feature everybody. The only ones featured on "Set the Pick" is Kidd, Banks, Yayo. In the video for the song, it shows rare footage of the crew going verse for verse in the studio.
Their album titled The Lost Flashdrive is set to drop today since it was not released on the expected date. DJ Whoo Kid spoke with XXL about the album and said that they had to go in and re-record some songs due to some of the sessions being corrupted. He went on talk about finding the flash drive with old G-Unit music on there and they decided to give it to the world.

The Lost Flashdrive will hopefully be coming out today, but while we wait, check out the "Set the Pick" below!