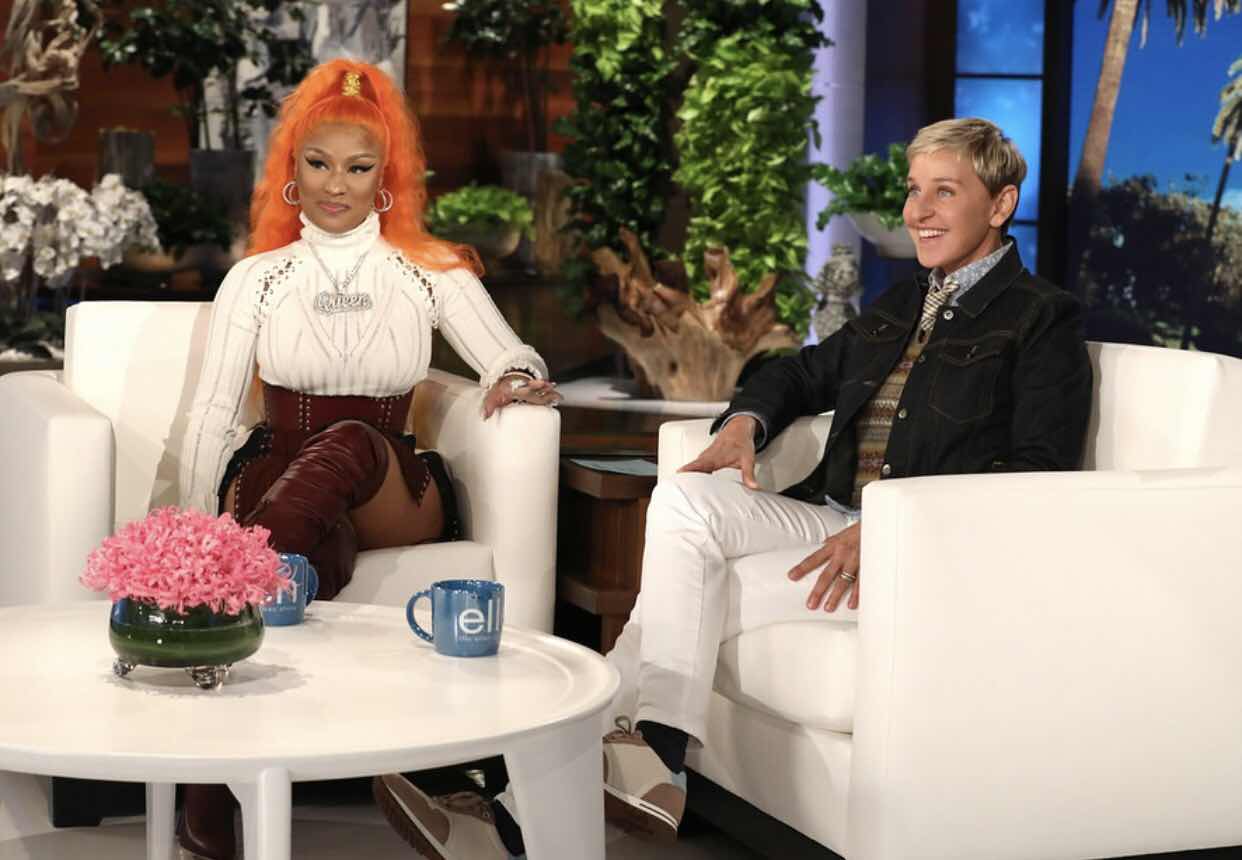 Nicki Minaj was a guest on today's (September 4th) episode of Ellen where she spoke openly about the music chart war she had with Travis Scott for the show's season premiere. During the release of the Queen album Minaj made it very clear on her Apple Music radio show Queen Radio that she felt mistreated that her album debuted at #2 & Travis' album Astroworld came in at #1 on the Billboard 200 chart.

Watch the full interview below.

Minaj also surprised three of her biggest fans as she joined forces with Ellen & Walmart to give away $50,000 to help them be able to pay off their student loans. The NY rapper got very emotional as she presented the hefty check to one of her loyal fans who never responded to her original DM on social media. A nursing student was also presented with a check & Nicki joked saying that she would be "coming to her in three years."

Ellen grilled Nicki about her love life & she spoke about the man in her life who she has been referring to as "new boy" for the past few weeks now. She has been keeping her personal life very private, but fans have been very persistent in trying to find out who this mystery man is.

Before it all ended, the chart diva took to the stage in perform a medley of songs, "Barbie Dreams", "Ganja Burn", & FeFe".