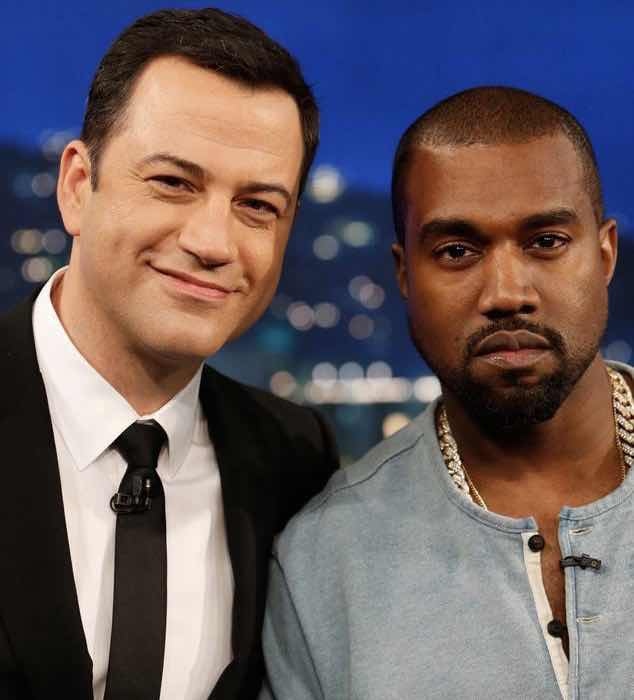 Kanye West is gearing up to come out of hiding with an upcoming appearance on Jimmy Kimmel Live! The Chicago native is scheduled to appear on the late night talk show on Thursday night (August 9th) & was confirmed & announced by Jimmy himself. 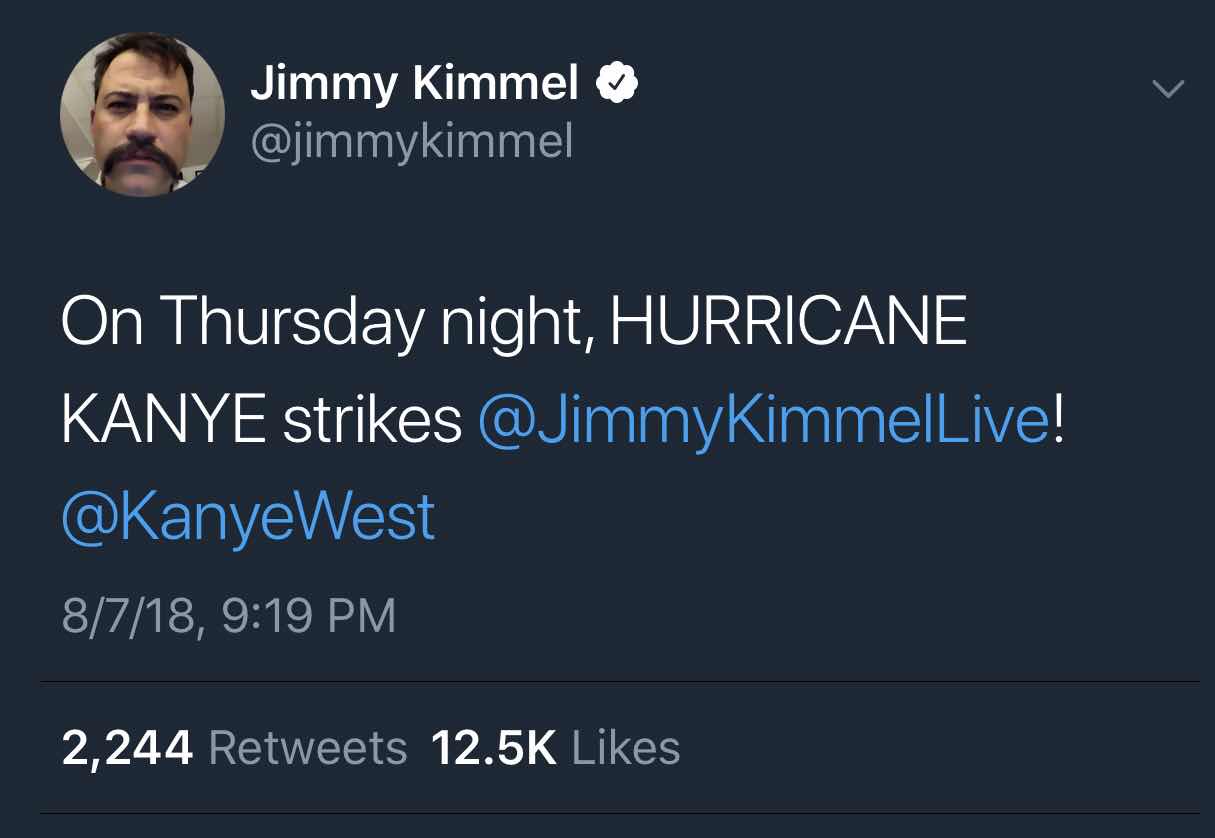 2013 is the last time Yeezy appeared on the show after a feud occurred between himself & Jimmy Kimmel. Long story short, Yeezy was very offended when Jimmy did a spoof of his famed interview with Zane Lowe for BBC Radio 1.Following the spoof West took to twitter to call out Jimmy calling him a "manipulative media motherfucker" that came with the blunt hashtag #All DisrespectToJimmyKimmel.

After the tweet, then came an angry call from Kanye that Jimmy received & the feud continued when the talk show host made a sarcastic remark, " I always wanted to be in a rap feud. The two public figures ended up reconciling in October of 2013 when West appeared on the show.