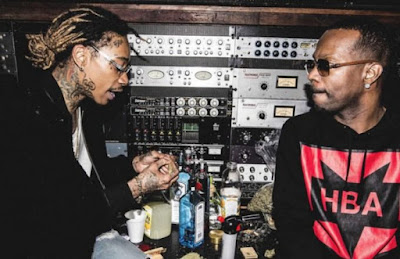 Juicy J and Wiz Khalifa dropped their video for "Green Suicide" and of course the video is everything that you thought it would be, plus more. This video definitely gives off some trippy effects and just looks like the fellas were in their elements.


You can catch Wiz and Juicy J enjoying some of the herbal pleasures, while putting on a performance for the fans. There is also various props and effects that will have you feeling like you partook in some of the action in the video. "Green Suicide" is not only the name of the song, it is also Juicy J's new strand of weed that is set to hit dispensaries soon. Wiz also has his own strand called KK (Khalifa Kush) and he talks about it in the song as well.

Check out the psychedelic video, which was directed by TM88 below!