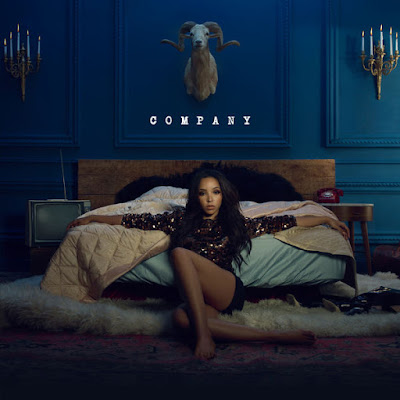 Anybody trying to go and keep Tinashe company, cause she is asking for it in her new single titled "Company". The singer has been pretty consistent lately with dropping new music as well. She released "Superlove" recently, as well as her remix to Rihanna's "Sex With Me".

Tinashe seems to be trying to find her spot out in the music world, and based off of the dopeness she has been presenting, she may have a spot with her name just waiting. I like how she has been adding some sass and umph to her music and visuals and this song definitely has all of the above. "Company" will be featured on her sophomore album Joyride that is supposed to be released in October this year. Speaking of the album, Tinashe spoke with Rap-up about the album stating that it was done back in 2015, however, she is adding touches to it still.
The sexy singer also released a short video with the song via her social media account but I'm sure the full video is yet to come. Check out "Company" below.
﻿

Email ThisBlogThis!Share to TwitterShare to FacebookShare to Pinterest
Labels: Tinashe