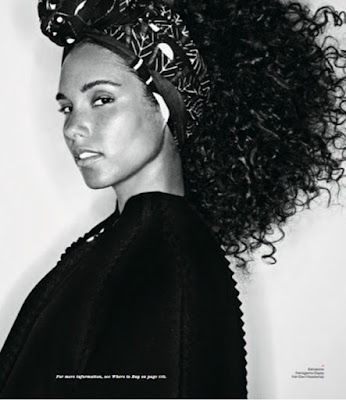 All I wanna know is if Alicia Keys ever gets tired, cause it sure does not seem like it. The singer has been working on multiple projects and in the midst of it all, she found time to do a song for a movie soundtrack. The song is titled "Back to Life" and it will featured on the soundtrack for the Disney film Queen of Katwe.


Alicia has been also working on her new gig as one of the host of The Voice. I feel like she is going to bring major positive vibes to the show like Pharrell did. She is also working on her sixth album which is supposed to be released in the fall.
During a recent interview, Keys spoke about the song saying, "This song is about how there's no stopping you when you're determined and you believe in yourself." She also talked about the movie and its correlation to the song. She said,  "I was totally taken by Queen of Kawte. Phiona's story is so powerful, it just moved me to write the song".
Queen of Kawte is set to hit theaters on September 23rd and will star Lupita Nyong'o, David Oyelowo and Madina Nalwanga. In the meantime, check out the "Back to Life" below!
﻿