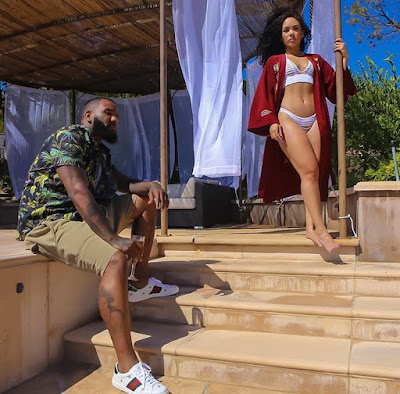 The Game has been giving us new music lately... could he be getting us ready for the new album?  The rapper dropped his video for "All Eyez" which features Jeremih, hot off the trail of him dropping his song "Sauce" and to be honest, both songs are popping.

The Game and Jeremih can be found in the video doing what they do best.... being Ladies Men. You can catch Jeremih serenading the ladies, while Game does other Bae-like activities with the other beauties featured in the video. If you are an active Snapchatter, you would have caught behind the scene action for this video last month on Baller Alert's snapchat. The video is directed by the legendary Benny Boom and gives some beautiful scenery.
This song is set to be featured on The Game's album titled 1992, which will drop later this year. While we wait for more greatness from the West Coast rapper, take a look at the video for "All Eyez" below.
﻿

Email ThisBlogThis!Share to TwitterShare to FacebookShare to Pinterest
Labels: Jeremih, The Game