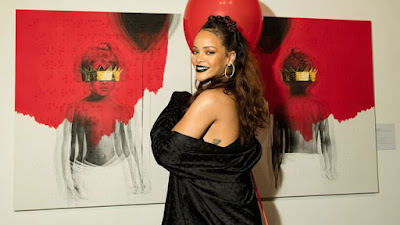 Rihanna's ANTI album has been beyond a hit, going double platinum, not to mention that she is still on her successful tour.  The singer decided to let fans know what the next single from the album would be, and I must admit, it's not what I or everyone else thought/hoped it would be.


Rih made the announcement via her Instagram page in a video of her singing "Love on the Brain" as the caption read #nextsingle. While this is a great ballad, that shows off her pipes, I was hoping for "Sex With Me" to be the next single. I think I would have even been satisfied with "Desperado" being a single since it is just as popular. Now, don't get me twisted, I have nothing against "Love on the Brain", I'm just trying to figure out how that is going to fit in with radio play. Either way it goes, we have been provided with the new single from the head of the Navy.... RihNavy that is.

Rihanna has big things going on for her right now too. She will star in Ocean's Eight, which is a spinoff from Oceans Eleven, except this is going to be an all female cast. She also will debuting her Fenty x Puma collection next month and to top it off, she will be presented with the Video Vanguard Award at the MTV VMA's.

Early congrats to Rih!! Check out the video announcement below.

Email ThisBlogThis!Share to TwitterShare to FacebookShare to Pinterest
Labels: Rihanna