LET'S TALK VMA'S..... WHAT WERE YOUR HIGHLIGHTS OF THE NIGHT! 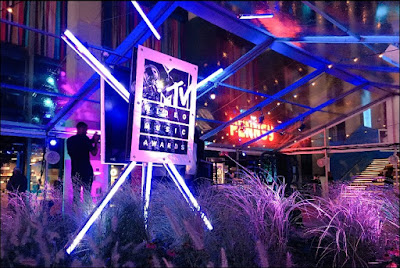 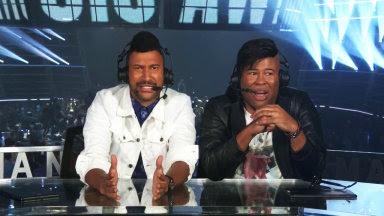 So the most noticeable thing this year about the VMA's was that they did not have a host for the show. They chose to have various people hosting the show, and while the idea was good, the play out was bad. Some of the hosts were corny, or just simply overdid it. I am not here to knock anyone's hustle cause I hope to be there one day, however, the different hosts were just a mess. DJ Khaled held it down with his hosting, Nicole Byer (MTV's Girl Code) checked in from backstage, and Key and Peele brought on the funny. I enjoyed seeing some new faces hosting, however, hopefully next year they will be a little more uniformed.

Let's talk performances that took place for VMA night, starting with the Pre-show. Jidenna came out a killed it at the pre-show performing "A Little Bit More". Alessia Cara also joined the pre-show with Troy Sivan to perform "Wild Things", "Wild", and "Scars to Your Beautiful". Rihanna opened the show with a medley of throwback hits such as "Where Have You Been", "Don't Stop the Music" and "We Found Love". She performed four times throughout the night and I don't know what was going on with Rih but her vocals were a tad shaky during some songs. Ariana Grande, followed after Rihanna and gave a cute performance that including exercise bikes. Nicki Minaj joined Grande on stage to perform "Side to Side". Beyonce performed almost the whole Lemonade album and of course we already know that Bey shut it down. Britney Spears did her normal lip syncing but amped up the sexy with her performance with G-Eazy. There were other performances of course and if you missed them, you know the awards is going run replays over and over.

As far as other notable moments goes, Kanye West debuted his video for "Fade" (we'll talk more about this in a different story), along with his four minute speech about nothing too major. Beyonce took home five VMA's while Fifth Harmony landed their first Moonmen (they received two VMA's). Drake home took home a VMA Best Hip Hop Video and though he was not there to accept the award, Diddy accepted it on his behalf. And while were talking Drake, he presented his rumored bae Rihanna with the Vanguard award. Now if that wasn't already sweet, you had to hear his speech about her, declaring that he has been in love with her since he was 22.