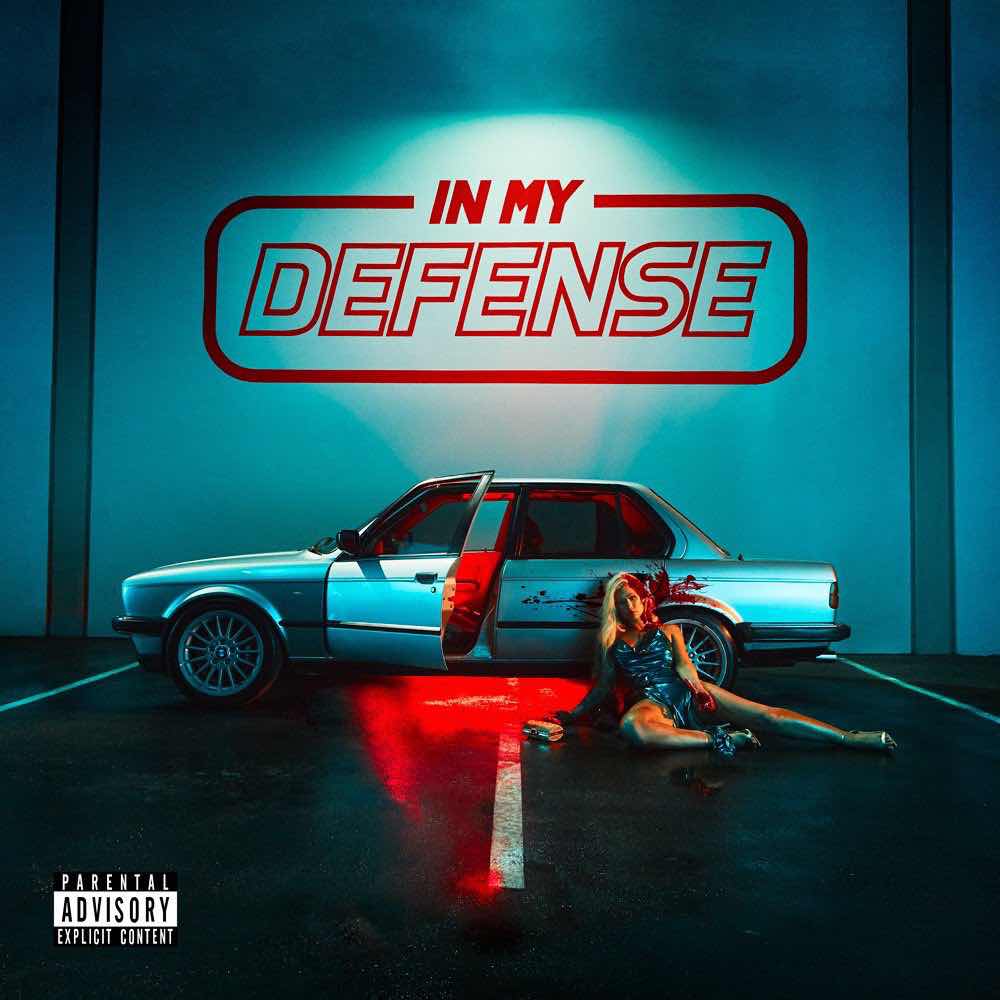 Iggy Azalea has had some stuggles with her music career, but she seems to be back on track & ready for a new chapter. After many setbacks she is preparing to release her next studio album titled In My Defense that will serve as her second project. She took to social media yesterday to reveal the album cover artwork.

The first single to be lifted from the album is "Sally Walker" & it's follow-up "Started" & the full length album will be released on July 19th. Along with the album cover she revealed the track list featuring 12 songs. Iggy has collaborated with four artists, but has not announced those features as of yet. 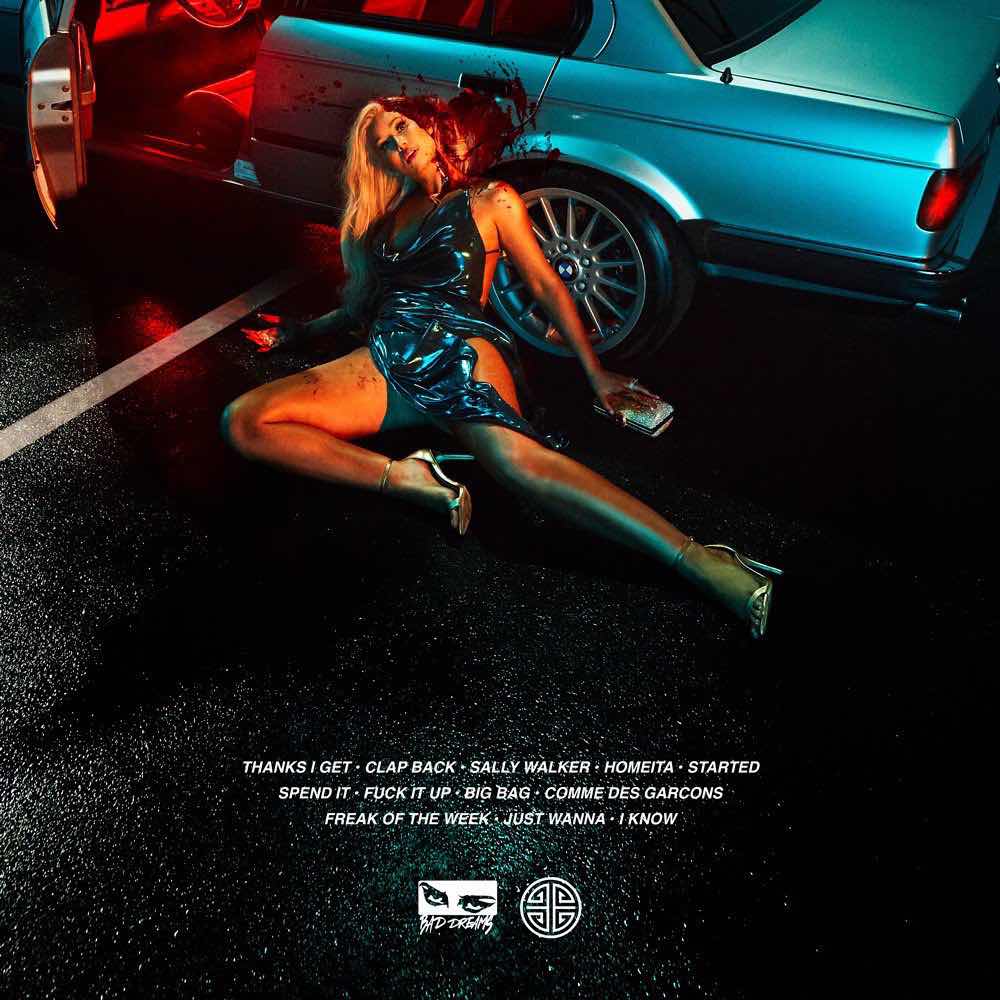 A fan of the Australian rapper asker her via twitter what was the inspiration behind the cover artwork imagery & she replied giving insight on the meaning behind it all. 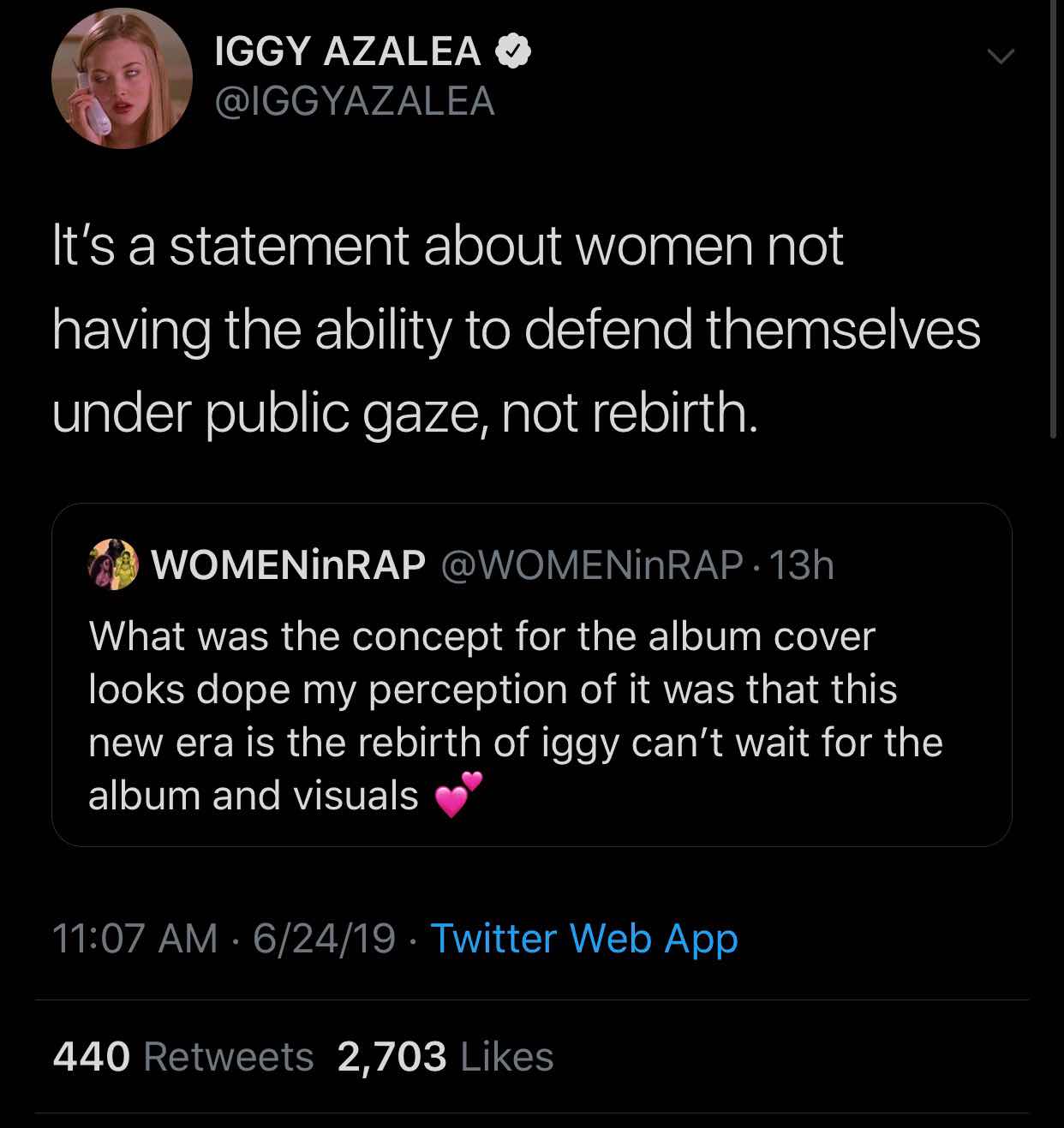