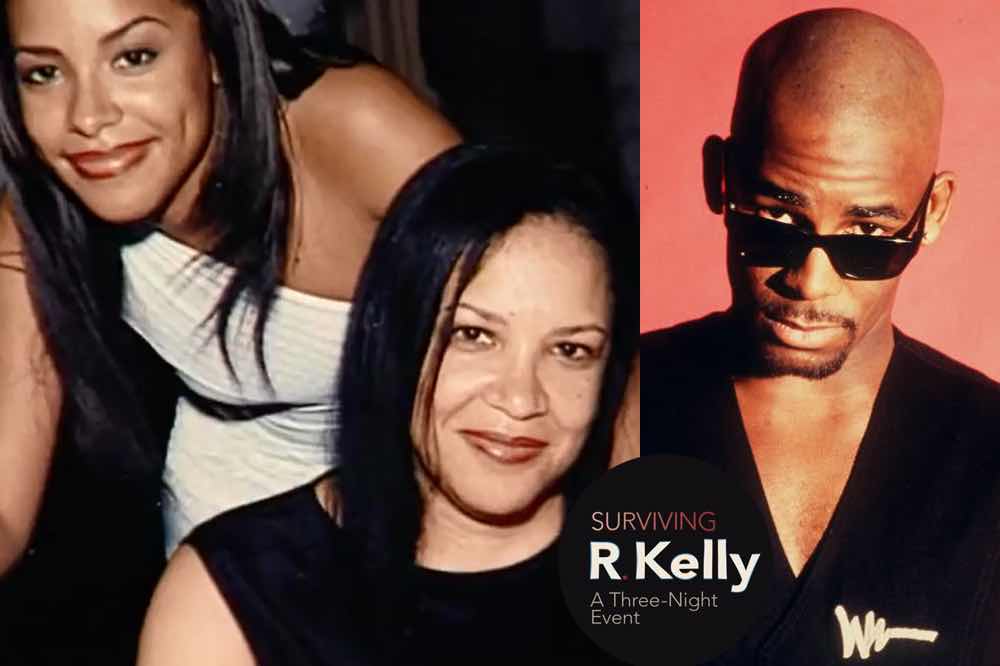 R. Kelly has been under fire for sometime now for the countless accusations of sexual misconduct with many woman who have come forth to accuse him. Those very women have partnered with the tv network Lifetime for a six hour documentary entitled Surviving R. Kelly. In 2017 their was a campaign called #MuteRKelly that served as an effort to hold the music artist accountable for his distasteful actions. Just a day before the premiere of the tv special additional accusations have surfaced & it has been people talking.
Find out below.


A former backup singer for Kelly named Jovante Cunningham sat down for a emotionally driven interview for the documentary that will air during the first episode. Of the many thing talked about during her interview the biggest topic was her account of R. Kelly's involvement with the late singer Aaliyah.
"She truly was a beautiful young lady. We used to sneak Aaliyah out of the hotel room & take her all over the place." says Cunningham
She later went into detail about the environment during the time they were all on the road touring where they had bunk beds on the tour bus that only had curtains to help conceal privacy.
"So, it just so happened we were all laying in our bunks & the curtains are open, everybody's communicating, laughing... When the door flew open on the bus. Robert was having sex with Aaliyah."
"Things that an adult should not be doing with a child. I can't stress to you how people are still suffering behind things that went on 20 years ago."
After hearing the allegations made by Cunningham that surfaced on social media Aaliyah's mother Diane Haughton released a statement calling the woman "a liar". Diane claims that both her & her husband were always with Aaliyah while she was on tour & says that she has never met Cunningham.


🚨⚠️URGENT MESSAGE ⚠️🚨 🕊Hi Team Aaliyah, it has come to our attention that Aaliyah's mother Diane Haughton has reached out to a fan as a call to action for the Special Ones (As she so lovingly calls us) with this direct quote in response to the Lifetime Surviving RKelly Documentary . . Please forward this message and quote to any media outlet, anyone and everyone you know via all your social media platforms, websites, blogs etc... It is urgent that we do this ASAP as the documentary is set to air on the 4th of January. . Aaliyah isn't here to defend herself. We as a fanbase are, and we must defend her now! . We can't let "LIEtime" get away with this defamation of character on Aaliyah, her family, her estate, her foundation. We have the power in 2019 via social media to squash this story once and for all! Make it go viral! . ✊🏽Let’s do this! Anyone need the quote for reposting or media purposes DM ME- AFM /.\ 🙏✊🏽 . . . 📸Image & some wording in the body of this post reposted from @aaliyah_archives . #Aaliyah #aaliyahdanahaughton #aaliyahhaughton #TeamAaliyah #RKelly #lifetime #bet #foxnews #theshaderoom #lifetimetv #balleralert #thesource #thesourcemagazine #peoplemagazine #missyelliott #mediatakeout #wendywilliams #vh1 #mtv #pressrelease #urbanmedia #xxlmagazine #complexmag #complexmagazine #vibemagazine #vox #newsweek
A post shared by Aaliyah For MAC (@aaliyahformac) on Jan 2, 2019 at 11:17am PST


The Surviving R. Kelly documentary will air on Lifetime on January 3rd at 9pm EST.