RAW HOLLYWOOD'S VIRGIL WILSON GOES ON TWITTER RANT ABOUT NICKI MINAJ & SAYS, "HATE IT OR LOVE IT NICKI IS TOP 5" 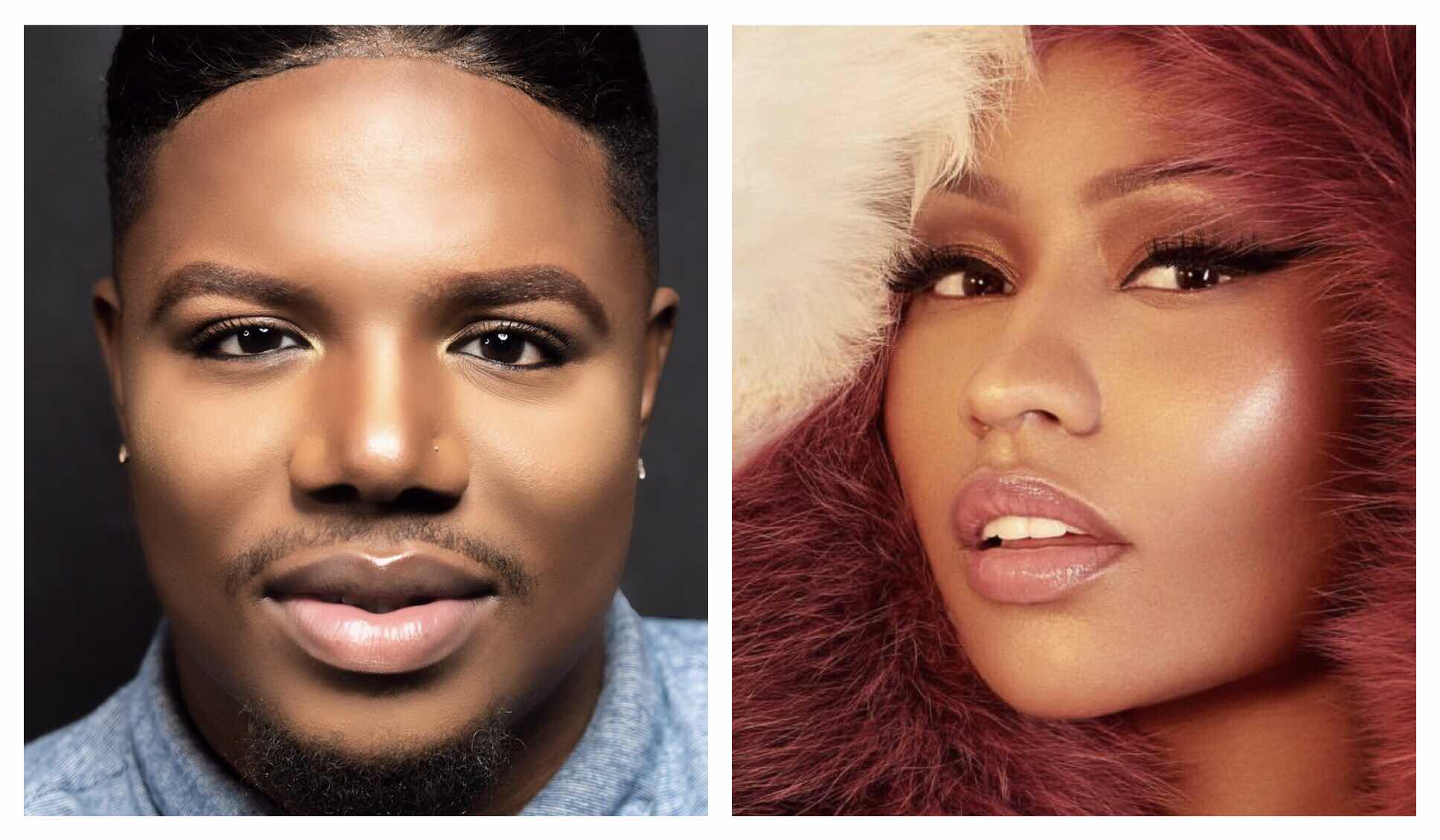 Music is forever changing & unfortunately true talent isn't appreciated like it once was before mumble rappers became popular. The industry & even fans gravitate towards what's popular versus music that has possess solid creativity. Many artists don't get the well deserved recognition that they've worked hard for, but as of lately Nicki Minaj has fallen victim to her artistry being disrespected. In an effort to shed light on the impeccable talent that Minaj has, Raw Hollywood's very own Virgil Wilson had a few things to say regarding her talent.
Find out after the jump.


﻿
Virgil took to twitter Tuesday night to sound off on people who try to discredit Nicki & how far she has come for the sake of her own career & with helping to pave the way for new female rappers. The tweets started after listening to Minaj's verse on Future's new single "Transformer".
﻿
﻿ 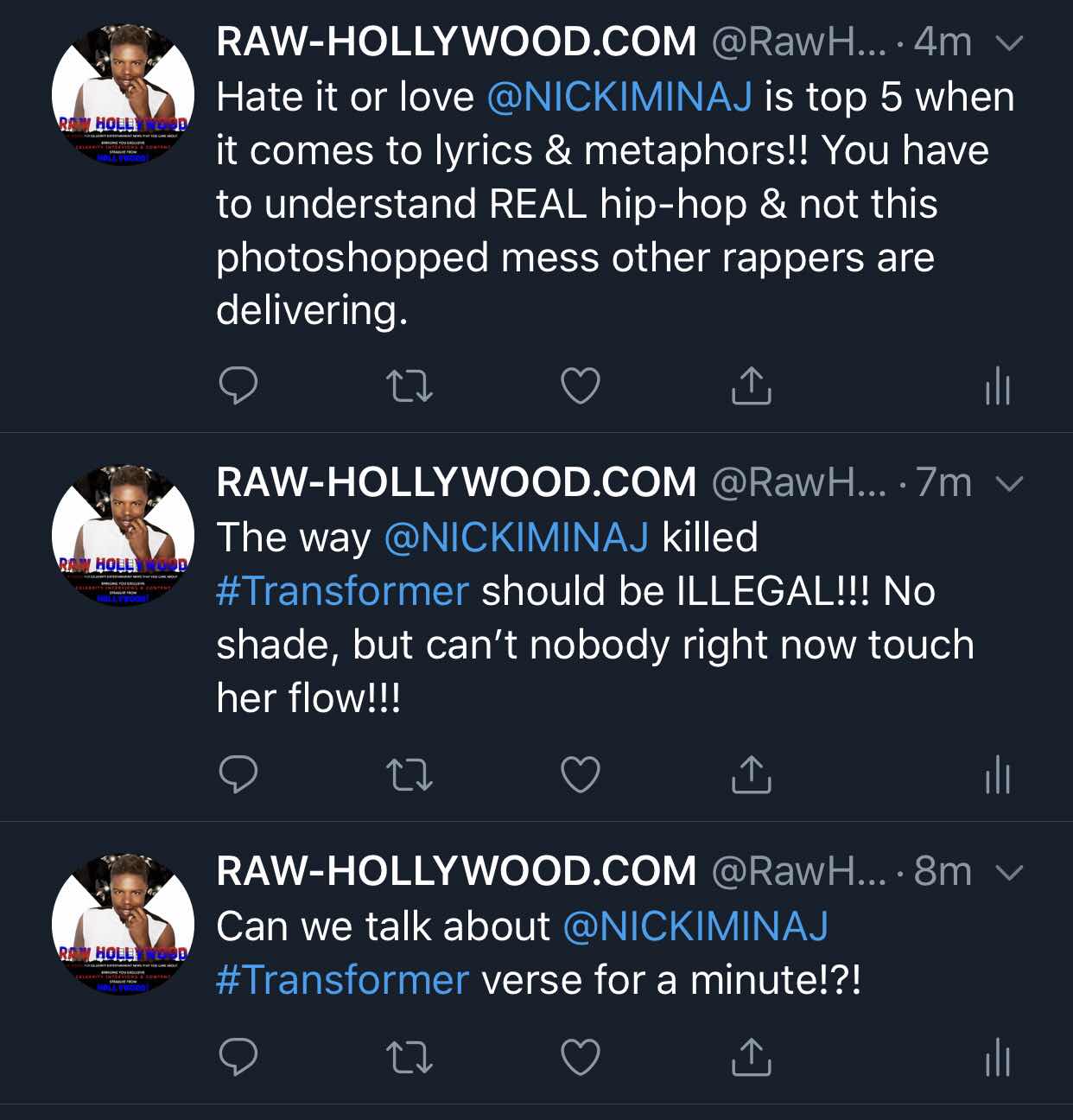 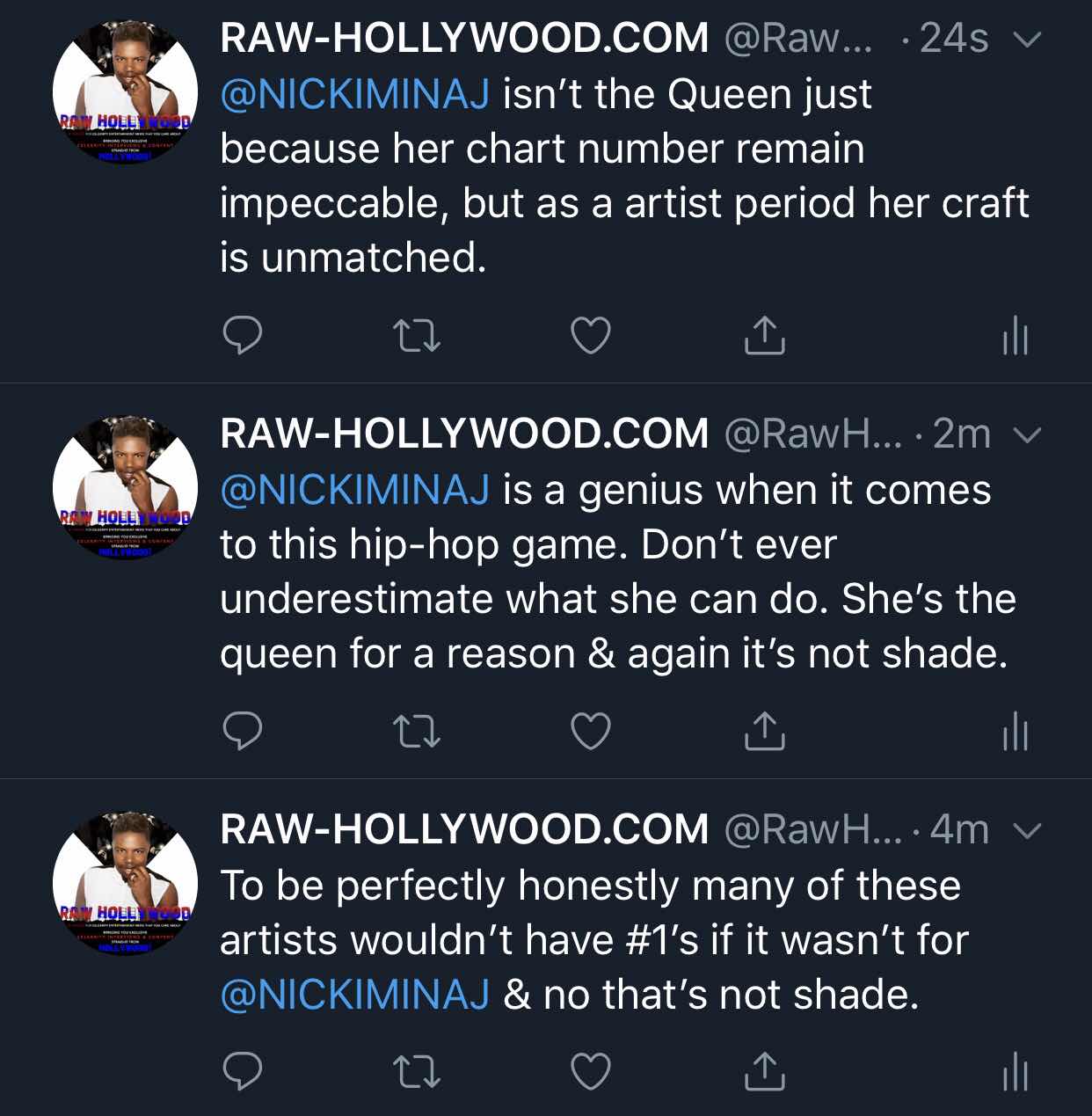 Of course, many people will read many of the tweets & feel that it could be shade directed at Cardi B, but it's not. Virgil is also a big Cardi fans, he just wanted to bring attention to Nicki & who she has been & continues to be in the hip-hop industry. 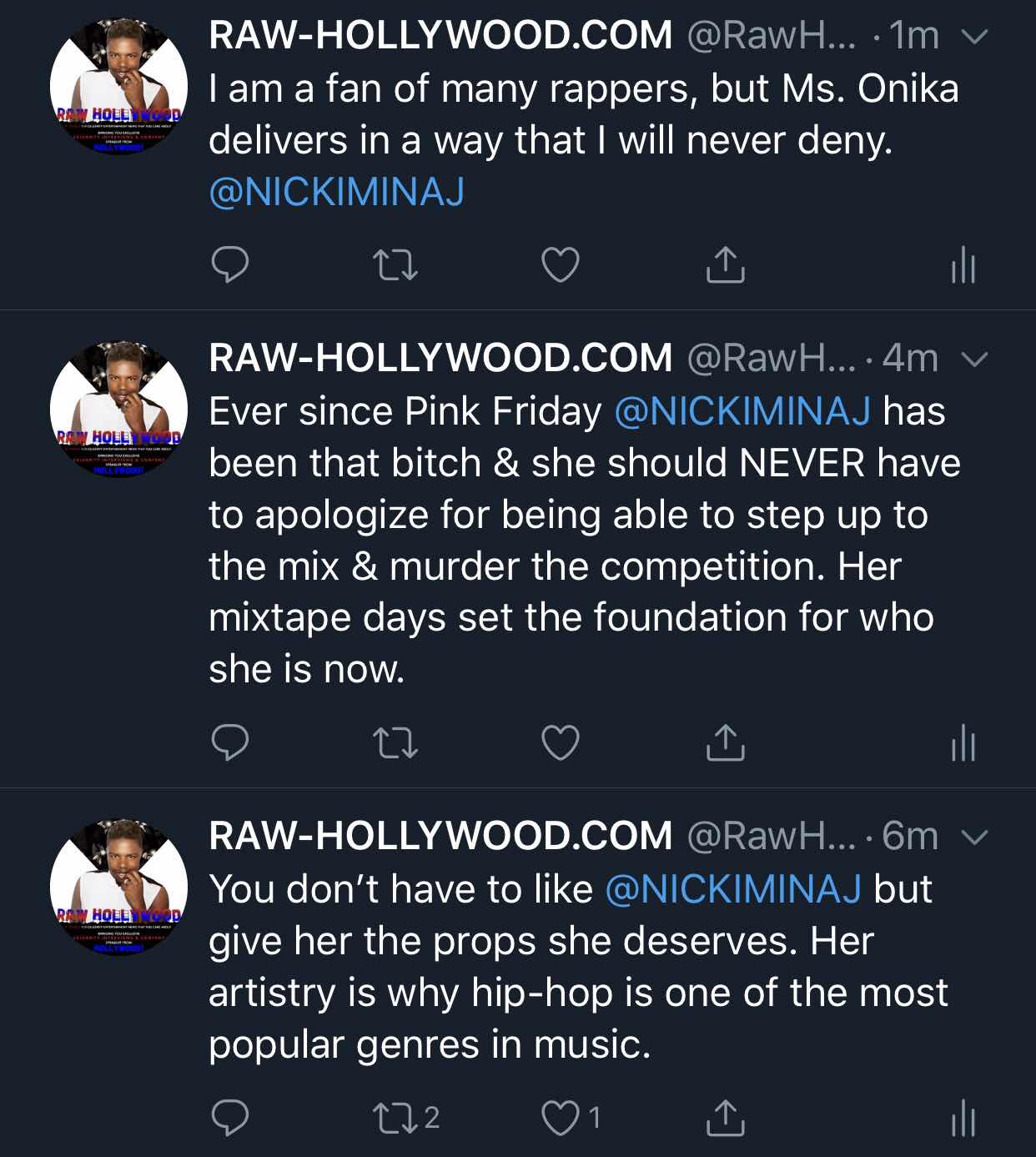 This isn't about what female rapper is better then the other, but it's about showing respect to an artist who has worked hard for a very longtime & proved that she is a hip-hop great. Nicki's mixtape days helped to set a solid foundation for who she is today & she has grown within her artistry that many people can't or refuse to understand. She made her way to the top because she deserves to be there, because her flow is flawless, her lyrics are like venom & her metaphors are simply the icing on the cake. As previously stated in the tweets, hate it or love it Nicki Minaj is top 5!
at October 25, 2018