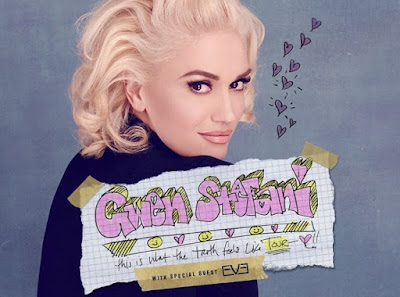 Gwen Stefani will be hitting the open road when she kicks off the This Is What The Truth Feels Like Tour begins on July 9th in San Diego, California. It looks like the tour could possibly not be doing well with ticket sales where rapper & Philadelphia native Eve will also be apart of the multi-city tour.

Last month, reports began surfacing that tickets for the upcoming tour we're not selling as well as they had hoped they would. Due to the fact that the tour will begin in a matter of two weeks the prices have begin to drop. The promoters for the tour have decided to offer tickets at the price of 4 for $40! This very unfortunate news is surprising, Gwen's last tour over a decade ago Sweet Escape Tour brought in so much more revenue totaling $50,000,000. Hopefully as the current tour goes from city to city the sells will have a better outcome.
at July 01, 2016