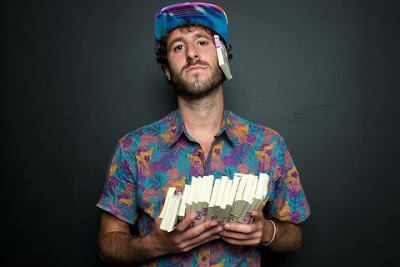 If you are not familiar with who Lil Dicky is, you definitely will be very soon. Many of you know him from his song "Save That Money" featuring Fetty Wap, where he creates a very budget friendly video to go along with the song. Now, the rapper has earned a spot in the XXL Freshman 2016 family.
Yesterday XXL dropped Desiigner's freestyle and today, Lil Dicky's was released. Lil Dicky definitely shows you why he earned his spot on the list with his quick and dope bars. When you listen to this freestyle, just be prepared to do the stank face at least one time.

Watch the freestyle and his profile interview with XXL below!