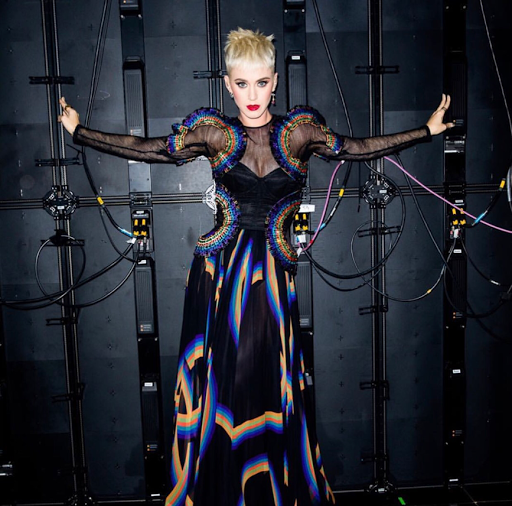 The fans of pop singer Katy Perry are celebrating the newly release of her album Witness, but in the mist of the celebration she has revealed some shocking news to the world. The 32 years old singer recently sat down with Dr. Siri Nam Singh of Viceland to reveal her battle with depression. Due to the pressures of her life & fame she found herself slipping into a dark place that began to consume her.

Perry spoke very openly about her life's hurdles as she stated, "I wrote a song about it. I feel ashamed that I would have those thoughts, feel that low & depressed."

The song that Perry is referring to is her 2013 song "By The Grace of GOD". She went onto reveal the reason she wrote the song, "because I do believe in something much bigger than me and I call that GOD for me."

Their have been some rumors that due to her fame & love for secular music it has truly her hurt parents who are Christians.
at June 12, 2017