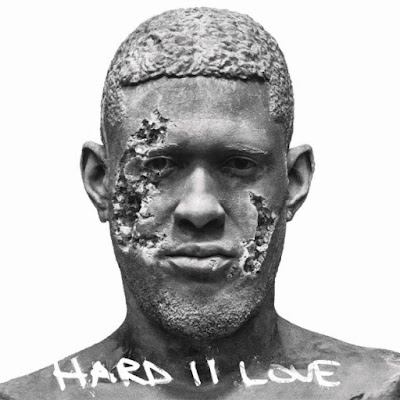 Let me just say that if you have Tidal, you are winning right now. You have been getting so many exclusives, you should feel somewhat like VIP. I know that I sure do.... whenever I see that "Exclusive" tag on a video, album, or song. Well Usher decided to get exclusive and drop his album early on Tidal. The original release date for Hard II Love was set to be September 16th, however, Ush gave the fans a little surprise by releasing it a few days earlier.


Hard II Love will feature his hits "No Limit" as well as "Crash", along with 13 other tracks. There aren't many features on the album, as a matter of fact, the only cameos are from Future and Young Thug. I was kind of disappointed that the "No Limit (Remix)" was not featured on the album but I won't dwell on that too much. There was also a listening session for the album in which Usher spoke more about the album and the making of it. The R&B crooner told radio personality Big Boy that he catered the album to men, especially to the ones who don't think that love is cool. He talked about the album taking so long to make saying, "I went through an entire transformation as a man. I don't want to be Flawed anymore. I might be hard to love to love, but we all are".

Usher also performed "Crash" on Ellen today, in which he of course showed off those signature dance moves. It's been four years since he dropped an album so it was long over due. Hopefully he delivers something great for the fans, which I'm sure he will since he always delivers. Listen to the album below if you don't have Tidal and thank me later for sharing and not being stingy. LOL

Congrats to Ush for the new album, gaining a star on the Hollywood Walk of Fame, his new movie and everything else that is going great for him right now!