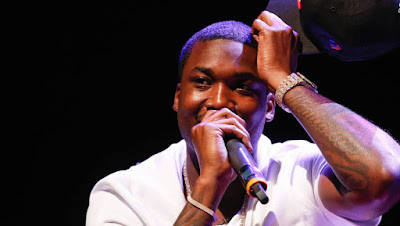 This beef between Meek Mill and The Game is getting way too messy and while some beefs are entertaining, this one doesn't seem like it would end good. So if you have been hiding under a rock, or you simply aren't interested in drama (everybody likes a little tea every now and then), then let me catch you up on this beef. It started with The Game dropping a diss track about Meek and basically saying that Meek is a rat and he snitched on him during a previous incident. Most of the beef has taken place via social media, which is hella lame if you ask me. They have been going back and fourth, taking shots, and making threats, when they should just handle all issues like real men, face to face.


So now that I have given you a brief overview of the drama, lets get to this post. The Philly rapper decided that he was going to drop a response to Game's diss track and teamed up with a heavy hitter to do so. Meek got Beanie Siegel to drop one line on the track which was, "One phone call I'm in L.A. in three hours. The bully please, don't bring me out of retirement". Omelly also had a few lines for the West Coast rapper, but let it be known that this ain't no East Coast, West Coast beef.

Hopefully these two can just let bygones be bygones and stick to the music. As I stated in the beginning, this beef could go really bad and the rap game does not need that right now. Check out the diss track below, and you already know that Game being an ex-stripper was brought up multiple times. LOL