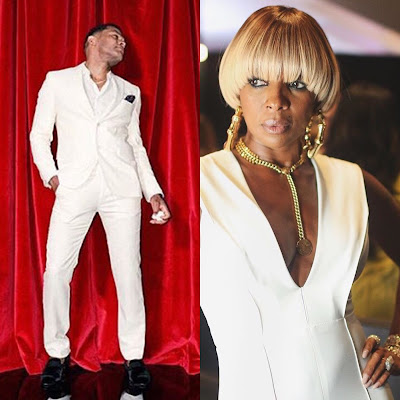 Grown and Sexy's are y'all ready?!? This is definitely a tour that you will not want to miss.... at least I know that I don't want to miss it. Mary J. Blige and Maxwell will be going on The King and Queen of Hearts World Tour. The tour will perform at a total of 24 shows and will hit a variety of locations.

The King and Queen of Hearts World Tour is set to kick off on in Baltimore on November 4th and will hit other cities such as Memphis, Houston, Chicago, Richmond and Charlotte (just to name a few). Ro James will also be joining the duo for this tour most of the dates, which is definitely a pretty dope move on his behalf.
Blige and Maxwell each spoke out about the tour and both had nothing but great things to say about the other. Maxwell said, "Mary is the epitome of soul. She embodies all that is woman and speaks for the everyday struggle and triumphs for all women. I can't wait to get on the road with her". Mary talked about how Maxwell's music touches the hearts of women everywhere. "His music makes them feel loved and I'm excited to get on the road with him."
﻿

The King + Queen of Hearts World Tour is coming to a city near you! You ready @maryjblige? https://t.co/5m1XzguKNu pic.twitter.com/PPtQLE9WVB
— MAXWELL (@_MAXWELL_) September 7, 2016