MARIO RELEASES A NEW VIDEO FOR "I NEED MORE" 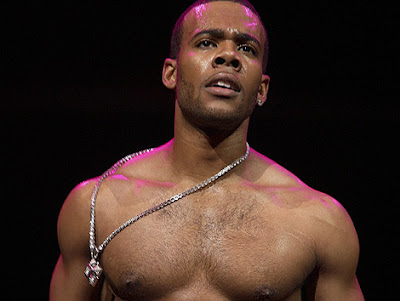 I was just talking about Mario the other day and someone asks, when is the last time he had a song out. I couldn't remember cause Mario takes hiatus often and then comes back with a banger, then goes back on hiatus. This time, he is off of his hiatus and he is bringing fans a new track titled "I Need More". Now not only did he drop a new song, but he also dropped the video to go with it.


"I Need More" is going to be Mario's first single off of his album Paradise Cove. The album was supposed to be released earlier this year, however, it seems that the release date was pushed back. The video for the song was very cinematic, which has been a popular trend in videos lately. I don't remember Mario being a dancer, however, he definitely got it in in this video. This track will have you wanting to dance when you hear it soon as you hear the beat drop.

Check out the video below and let us know if your feeling it.

Email ThisBlogThis!Share to TwitterShare to FacebookShare to Pinterest
Labels: Mario