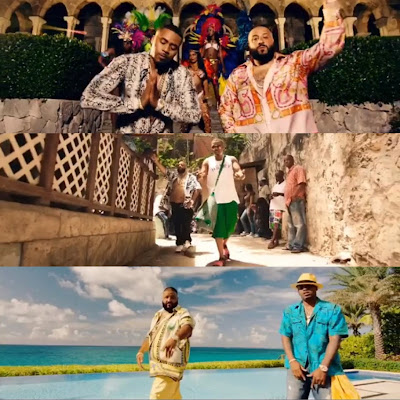 Man listen, DJ Khaled is living and enjoying his major moment at this time. He just dropped his video, which is more like a mini movie, for "Nas Album Done" featuring none other than the man himself. Nas and Khaled took it to Jamaica for this video, which gives lots of beautiful scenery.


The video for "Nas Album Done" is almost nine minutes long and gives you some insight of some Jamaican "tings" that DJ Khaled had going on with dancehall legend Louie Rankin. There were also Carnival dancers featured in the video with the big beautiful feather and colorful outfits that ended up dancing to their own beat at the end of the video. Nas and Khaled kept it cool in their silk, flowy shirts, as Nas donned a cool Cuban hat.

DJ Khaled's Major Key album has been doing pretty well, the fans are actually really feeling this one. Apparently Nas' album is done too, we are just going to have to wait on it. While we wait though, check out the video/ mini movie below.