IS FUTURE BEING MESSY WITH NEW TRACK "HOW IT FEEL"? 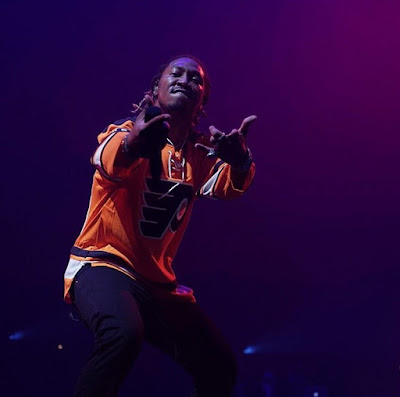 That is the question that everybody has been asking and wondering since Future dropped his new song "How It Feel". Apparently, people think that he is talking about his ex, and son's mother Ciara in the song with some of the references. Hopefully he is not, I mean what could he gain from slandering the mother of his child anyway?


Anywho, like I always say, we here at Raw Hollywood try to stay far away from messy situations. It's enough people that make stories focusing on the negativity so we choose to take another route. We may mention what's going on to keep you updated, but we will never report unnecessary drama. With that being said, we are just going to go with Future wasn't talking about Ciara in this song, maybe another one of his less poppin exes.

"How It Feel" is definitely talking about somebody though with lyrics like, "I took the bi**h out the hood, I told the bi**h she a Thot. I got the bitch a new car note, I put her in a new spot". The song is produced by Mike WiLL Made It and it definitely has a good vibe to it. Listen as Future talks smashing R&B chicks, threesomes, stunting, and more.

Do you think he was talking about Ciara?! After listening to this song, I don't think so... especially when he said "I made you b**ch, cause he for sure didn't make her anything but a better woman for a real man.

Listen to "How It Feel" below!

Email ThisBlogThis!Share to TwitterShare to FacebookShare to Pinterest
Labels: Ciara, Future, Mike WiLL Made It