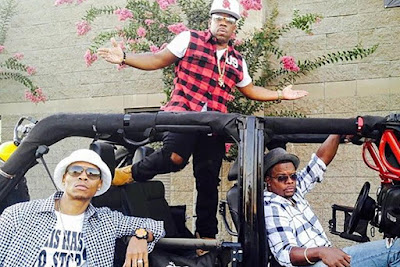 Oh yes, you can call it a comeback cause Bell Biv DeVoe is stepping back into the spotlight with new music. After a loooong 15 years, the group returned back to the music scene with their first song called "Run". Not only did they give us a new song, but they also dropped the visuals to match the track.

"Run", which is produced by Eric Sermon, will be featured on their album Three Stripes, which they also just revealed the album title. The album will not be released until January 2017, which is also when the New Edition biopic is set to show on BET. The two will coincide and will hopefully be the revamp of something great with the trio.