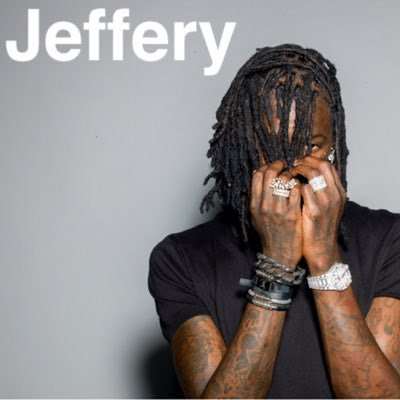 Does Young Thug love Elton John that much that he would make a song named after him? Well we will never know if the song is named after him exactly, however, I'm sure that he was apart of the inspiration for the title. Young Thug and Wyclef Jean teamed up for the new song "Elton" and while this seems to be an unlikely collaboration, the song is pretty okay.


You can catch Young Thug.... I mean Jeffery spitting over a fast tempo about of course what else... his money. If you missed it or are unclear as to why I am calling Thugger by the name of Jeffery, it's because that is what he said he would like to go by now. Actually he wants to go by, No, My Name is Jeffery. Coincidentally, he is also dropping a mixtape titled Jeffery, that has been delayed and will come out on August 26th supposedly. The original release date for the mixtape was August 16th, however, that day has come and gone with no mixtape in sight.

We are going to just have to wait and see what the mixtape will be made of, but it will feature "Elton" on it. You can listen to the new song below and see if you're feeling it. Will you be calling Young Thug by the name of Jeffery? I for sure won't! LOL