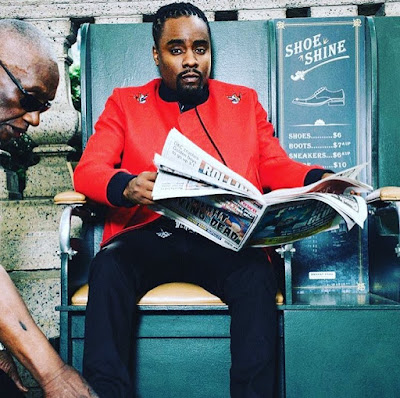 Wale was clearly feeling some type of way yesterday if you got a chance to check out his Snapchats. He went on a mini rant about "them" wanting him to rap and he gonna give em what they want. He talks about having bars and hooks and encourages fans to Tweet about him dropping some new songs. The rapper gave previews of the songs and promised to drop four new songs..... in which he kept his word.


As Wale advised, he had time that day to drop some rap ish for anybody that wanted to listen. Claiming that people always ask him for new rap but when he puts out music, people basically sleep on it. Wale delivered three freestyles titled "Brightseat Road", "Heel/Face", and "Solbiato". He also released a verse that he says was supposed to be in "Sucker For Pain" but got dropped at the last minute.

I just dropped my sucker for pain verse listen to it before marvel or whoever get it taken down 🙃 I got time for u niggas too
— Wale (@Wale) August 11, 2016

Apparently after he posted the verse, it didn't sit well with the people over at DC Comics and he removed the song.

RIP to my sucker for pain verse.. Just got the call 😢. Sorry for posting @DCComics . I just wanted help paint my version of hArley/joker
— Wale (@Wale) August 11, 2016

Either way it goes, Wale was on a role yesterday dropping four hot tracks (if you were able to catch them all). This is the Wale that people have been asking for so this is who they are getting. He touches on everything from Donald Trump, to the police tensions, the industry, and being a sucker for love, amongst other things in the freestyles and song. I won't give much away though, I will let you hear for yourself.

Listen the three freestyles below!

Email ThisBlogThis!Share to TwitterShare to FacebookShare to Pinterest
Labels: Wale