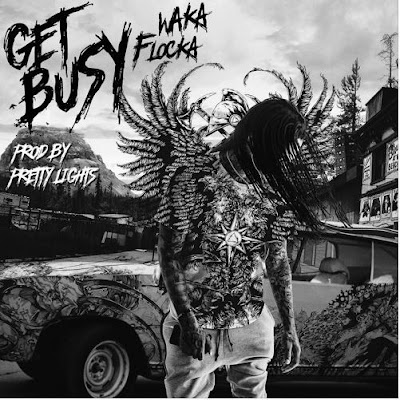 Hot off of the release of Waka Flocka's new mixtape, he drops another new song, this one titled "Get Busy". Now the rapper has been consistently giving the fans new music to jam to and this song is no different. "Get Busy" is produced by Pretty Lights and is definitely one of those tracks that will get you overly amped.


I feel like Waka makes music that makes you want to fight.... or maybe that's just me (LOL Don't judge me, God aint through with me yet). I mean I don't want to fight off of all of his tracks, he also has some Twerk worthy songs that he has put out as well. Flocka also just released the fourth mixtape to his Lebron Flocka James series a few days ago.