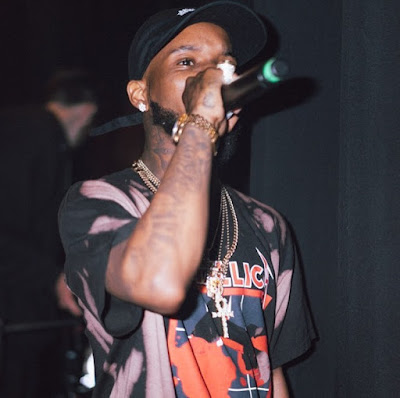 Tory Lanez is making sure that he makes a good impression in this music industry, especially being a new artist, he is out to show what he is bringing to the table with his latest new releases. The Canadian artist decided to give fans another teaser from his highly anticipated album I Told You, which is set to drop next week. This time, he released a track titled "Cold Hard Love" and he is definitely in his feelings with this track.


It's always cool to watch and hear what Lanez is doing because he seems genuinely passionate about his music career. He also has a hand in rapping and singing, and honestly neither side is lacking. The crooner definitely showed his vocals with this track and it makes you that much more anxious to hear what else he has in store for the fans with the album.
We won't have to wait long for the album considering that it will be coming out on August 19th. In the meantime, check out the newest song from the album below. Hopefully Tory will continue to focus on the music instead of getting caught up in petty beef with Drake (it's too early in his career for that). Will you be purchasing the album? Are you checking for Tory Lanez?!
﻿