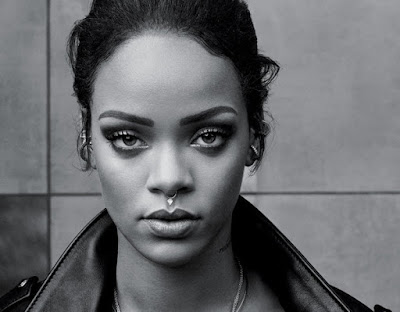 The 2016 MTV Video Music Awards are set to take place tomorrow evening & the show will be opening up with a bang! Barbadian native Rihanna will be taking the stage & opening up the awards show.

Riri made the official announcement last night via her twitter account in a minute long promo video for the show. She will be receiving the Michael Jackson Video Vanguard Award which Kanye West won at last years ceremony.

"Kickin Awf the @MTV #VMAs Sun at 9PM! Thank you for this 🎨 in honor of the #VMAs2016 era @pandagunda! #RiRiVanguard" https://t.co/sEpgVVVfcz

Aside from Rihanna thing the stage, Britney Spears, Nicki Minaj, Ariana Grande & Beyoncé will also be bringing their unique artistry to the Madison Square Garden stage tomorrow at 8/9c.
at August 27, 2016