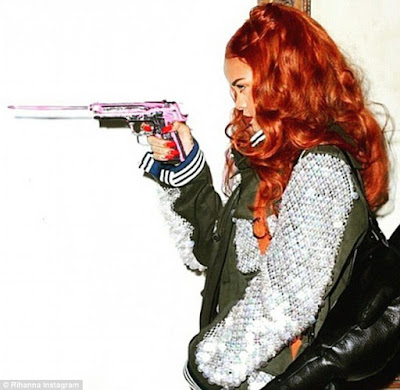 Rihanna has been venturing off into acting and she has another role coming up that could possibly really change things for her. The Barbadian beauty is set to star in Warner Bros. film titled Ocean's 8, alongside some major heavy hitters in the acting world.

This spin-off is rumored to star some A-listers such as Anne Hathaway, Sandra Bullock, Mindy Kaling, and Cate Blanchett just to name a few. The film will be produced by original Ocean's trilogy producer Steven Soderbergh along with the writer Gary Ross. This movie is said to been planned for a while now and it's definitely a pleasant switch up to the all women's cast.

The plot will remain the same, however, we all know that women are much slicker and smoother then men so this should be interesting. This movie would be one of Rih's biggest acting roles to date so she better get her practice in cause she's rolling with some big dogs. This movie could possibly make or break her trying to move over into the acting world. The filming for Ocean's 8 is supposed to start in October, however, the movie is still being casted. Rihanna will also be featured in Valerian and the City of a Thousand Planets which will be released in 2017.

Will you be watching any of the movies Rih featured? Do you think she has the potential to move over into acting?