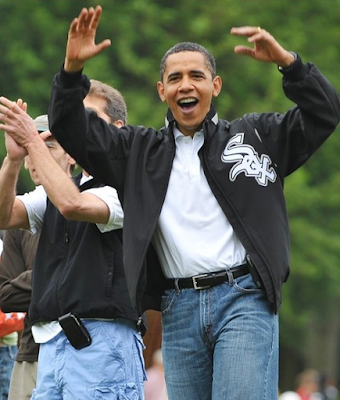 How can you not love our President, I mean this is the coolest president that the United States has ever had.... or at least that I have experienced. He is super relatable and he doesn't take things too serious even though he holds such a major title. This morning, President Obama decided to drop his summer playlist via his Twitter account and he has some pretty good songs listed!


The POTUS' playlist had a good combination of both singers and rappers with a variety of genres of music. Included on the playlist are Wale, Aretha Franklin, Aloe Blacc, Chrisette Michele, and Corrine Bailey Rae just to name a few. I was surprised to see some of those "baby making hits" on there such as "Say Yes" by Floetry and Janet Jackson's "I Get Lonely" too.
Overall, we know that our President has a good ear from music. You can actually get some ideas from his playlist too. Check them out below and see if your jamming with Mr. President! 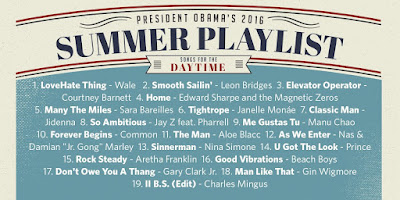 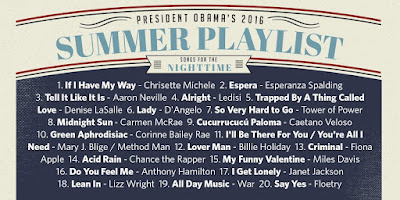