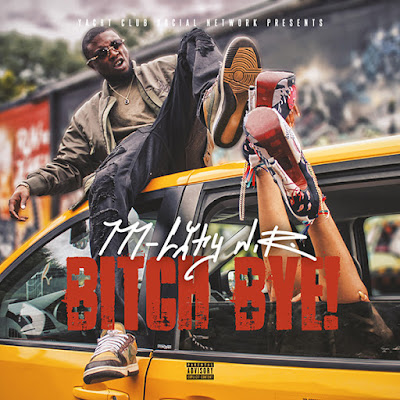 You know M-City J.R. best from his hit song "Addicted to my Ex" and seeing everybody doing routines to the hit song. The new rapper got it pretty popping with "Addicted to my Ex", and it looks like he is looking to do the same with this new song "Bitch Bye".


The Detroit rapper makes catchy songs, that will definitely have you singing at least the chorus. I mean, who isn't addicted to flexing on their old h**es.... or who hasn't told somebody "Bitch Bye". M-City J.R. brings that high energy that is needed for this rap game, but he is also hungry and ready to get his name and music out here.

With his "Addicted to my Ex" at more than 4 million video views on Youtube and millions of Spotify streams, I'm sure he is hoping for "Bitch Bye" to be up there in the numbers. Based on the catchy lyrics, there should be no problems getting those views and listens up.

My fave part of the song is when he speaks on the Instagram famous chicks with no money saying, "Man you don't got a lawyer do you, whats gone happen girl if Macy's sue you, cause you aint got a dollar to ya name but ya Instagram fame really gettin to ya."

Check out the new song below and become familiar with this up and coming artist cause I have a feeling that he is gonna be popping sooner than later.