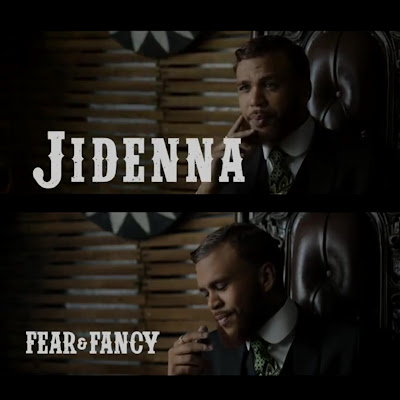 If you don't remember out story from June, we posted about Jidenna finally dropping some new music for the fans with a song titled "Chief Don't Run". Well after three months, the singer is giving us the visuals to put with the song.


The video starts off with Jidenna and his crew in a Godfather like setting sitting at the round table discussing whatever. The video then flashes back and fourth between the present and past issu﻿es that the singer has experienced. He touches on the very touchy and present police brutality situation that goes on with African American males as well. You will find some of his Nigerian roots on display in this video too. Overall the video gives you a little bit of everything, you are going to just have to watch and see
"Chief Don't Run" will be featured on his album Long Live the Chief, along with hits "Classic Man" and "Little Bit More". Check out the new video below!

Email ThisBlogThis!Share to TwitterShare to FacebookShare to Pinterest
Labels: Jidenna