JACQUEES ADDRESSES HIS "TRIP" REMIX BEING REMOVED BY ELLA MAI 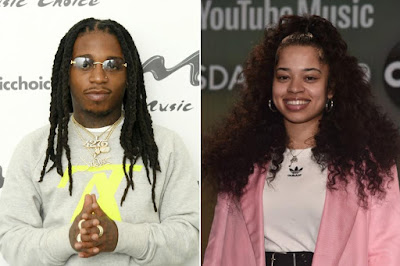 At the end of August singer Jacquees uploaded a unforgettable cover of Ella Mai's latest song "Trip"  to his Instagram account & it quickly caught tons of popularity on social media. Almost a month later & his fans are a little upset that Ella has reportedly had his remix of her song removed.

In early September the Cash Money singer released an official Quemix studio quality version of the remix that was uploaded to Soundcloud & YouTube. The song quickly brought in millions of streams before it was removed due to a copyright claim that was issued by Ella Mai's team.

Jacquees has taken to social media to address the remix being removed by retweeting a article from SA Breaking News. Listen to Jacquees remix HERE. 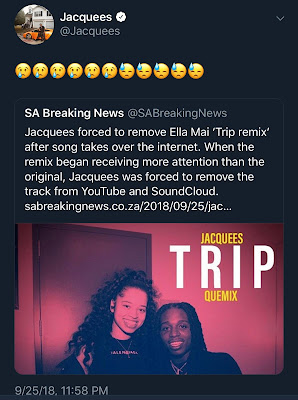 T-Pain also recorded a remix to "Trip" that surprisingly is still available online for streaming. He claims that the difference is that Jacquees actually tried to financially benefit off of his remix & that's why his was removed from online. 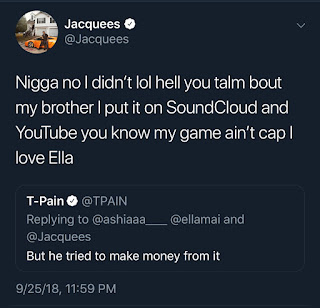 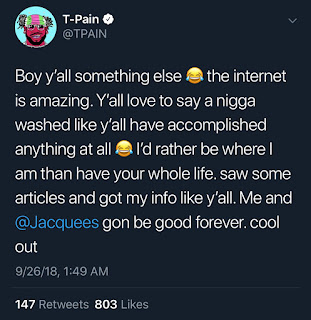