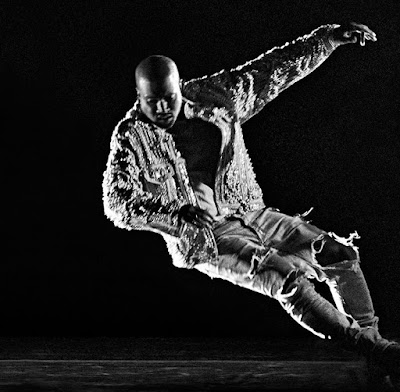 Hot off the trail of drama and chaos involving himself, his wife, and Taylor Swift, Kanye drops another music video. This time, he is not offending anybody by using look alike naked wax figures, instead he took the high fashion approach. Yeezy dropped his newest video for his song titled "Wolves" and its basically when music meets fashion.


I kind of had a feeling that something was up because if you follow Olivier Rousteing's (Creative Director for Balmain) Instagram, you would have noticed that he started posting about music meeting fashion 4 days ago. There were pics of Kanye rocking Balmain of course, along with various shots of models in the high end fashion line as well. Model Joan Smalls was one of the familiar faces that you may have caught a glimpse of during the video, along with Mrs.West (Kim Kardashian).

The video shows the Balmain clad rapper and models in a black and white setting with tears running down their faces. "Wolves" is a seven minute video that was more like a mini movie that featured a fashion show and possibly an after party. The video also features Vic Mensa and Sia and was directed by Steven Klein. The video closes out showing Mr. and Mrs. West headed to the Met Gala.

Check out the video below and if you are fashion lover like myself, this video will give you Liiiiife!!