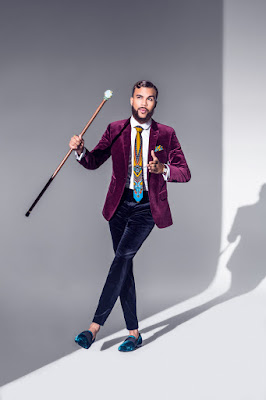 Well finally we get some new music from Jidenna after his hit "Classic Man". He switches it up on us on this track though and talks to us about his life struggles and getting through them.
This newest track is set to be featured on his debut album Long Live the Chief. The rapper not only talks about his early childhood struggles, he also does a little stunting in the song as well. He met with the RapUp and when asked what could be expected of the album, he told them, "You can expect an album that feels like the adventures of Classic Man." "You can expect swank."

Are you ready to hear what the album had to offer? Listen to the new song below

Email ThisBlogThis!Share to TwitterShare to FacebookShare to Pinterest
Labels: Jidenna